Last Sunday, around 2pm our electric fuse tripped. We did a plug point check to eliminate the problem area, but the fuse kept tripping. Probably due to too many trips, the spring in the fuse spoilt; hence no electricity. No wiremen was available on Sunday, so we had to spend the rest of our Sunday without electricity (which meant no wifi, unable to charge our tablets/laptops/handphones, no air conditioning, no hot water).

Being in this era, and very pampered and dependent on modern technology; having no electricity was a torture to me. I felt so bored with nothing to do and uncomfortable – I cannot sew as my sewing machine require electricity, I cannot crochet as it was too dark under candlelight, it was too warm I felt so uncomfortable, mosquitoes everywhere because there was no air conditioning and we had to open the windows… the whole evening and night was just disasterous! I did not sleep well, in fact I don’t think I slept! Everyone else at home didn’t sleep well too, and poor Scout was panting the whole night long.

Anyway, here’s something which was the only satisfying thing for me that day…
My candlelight dinner. 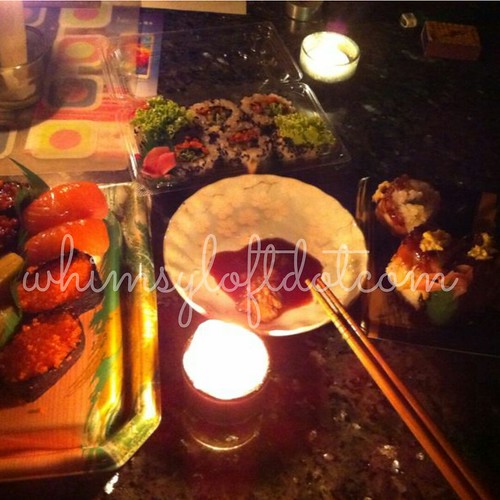 The next day, we had to “borrow electricity” from our neighbour to charge our handphones!!! The wireman could not come until 3pm but thank goodness everything was solved by the time I return from work :). Thank you God for electricity.

This site uses Akismet to reduce spam. Learn how your comment data is processed.